This year RUA RED have invited Ciara Scanlan + Matthew Nevin of MART to collaborate on the annual digital arts festival /Glitch. This years /Glitch Festival investigates notions of moveable space from an augmented point of view. The curators presented the question “How can technology activate a more visceral connectivity from a virtual standpoint?” to a series of established and emerging Irish and international artists. The artists were encouraged to sample / experiment with both old and new technologies to investigate the influence of technology within space, reassessing what it is to be both local and yet hold an inter/national spatial autonomy.

/Glitch 2015 is housed both in RUA RED & MART Galleries will feature interactive visual & sound artworks that will encourage the audience to engage and experiment with altered technologies. The curators have reconstructed a representational frame of The MART old fire station within RUA RED’s Gallery 1. Altering the traditional white cube to become host to a foreign venue, additionally some work will be displaced and part projected in both venues. 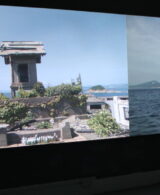 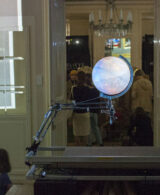