Kirby’s sculptural interventions will respond directly to the architecture transforming the physical space of the front gallery with large scale works that draw our attention to colour, scale and presence, while Timoney will exhibit a family of objects manifested through a process of trial and error. These objects relate to the encounter between the manufactured and the handmade and the interaction between body and material. This family will materialize as an installation in MART’s back gallery. This exhibition will be accompanied by a text by Lucy Elvis.

Cliodhna Timoney (b.1993) is a visual artist currently based between Donegal and Dublin. Since graduating from IADT Visual Arts Practice with a first class honours in 2015, Timoney joined the Board of Directors of 126 Artist Run Gallery and subsequently was awarded the Fire Station Artist’s Studios Sculpture Award 2016. Recent exhibitions include ‘Very Good Waves Now’ Catalyst Arts, Belfast (2016), ‘A Knowing Nature’, The Dock, Leitrim (2016), ‘IADT Graduate Exhibition’, Dublin (2015) ‘The Beholder’s Share, IMMA, Dublin (2015),’Have a nice Life’,Vapaan Taiteen Tila, Helsinki (2014) and ‘ An Awkward Encounter, Galleria FAFA,Helsinki (2014). 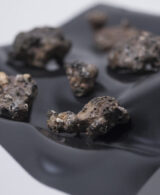 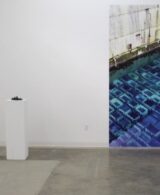