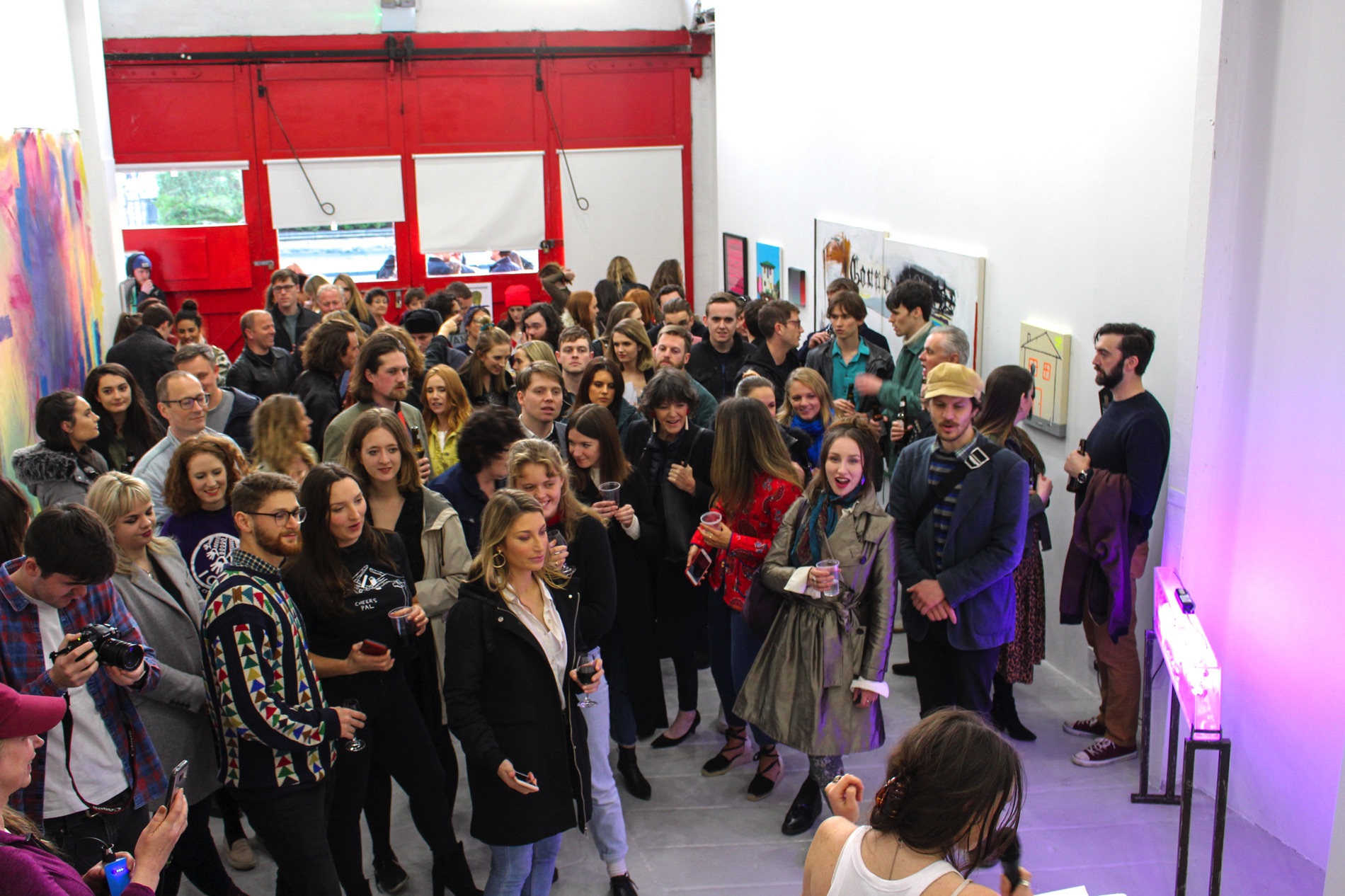 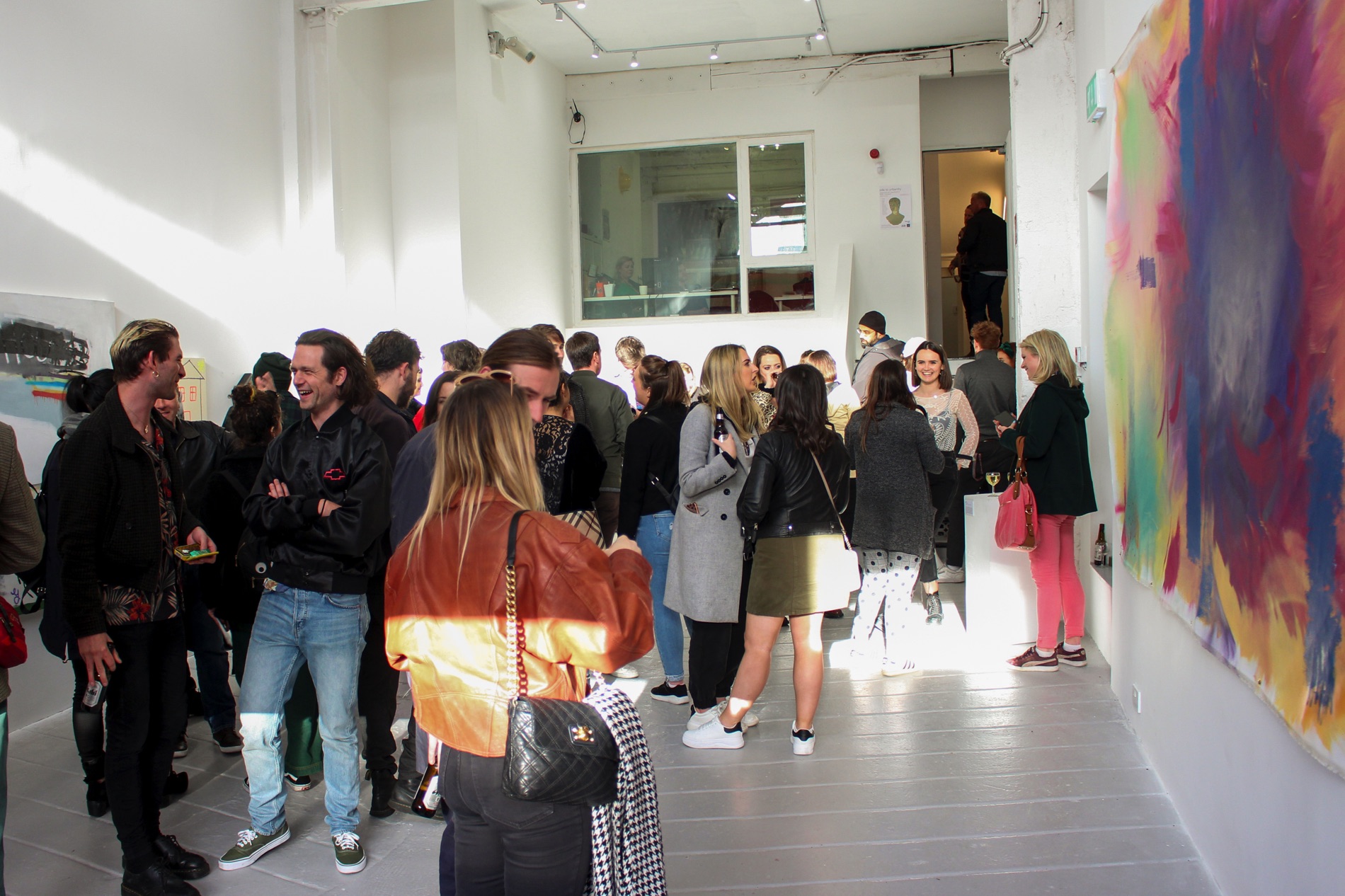 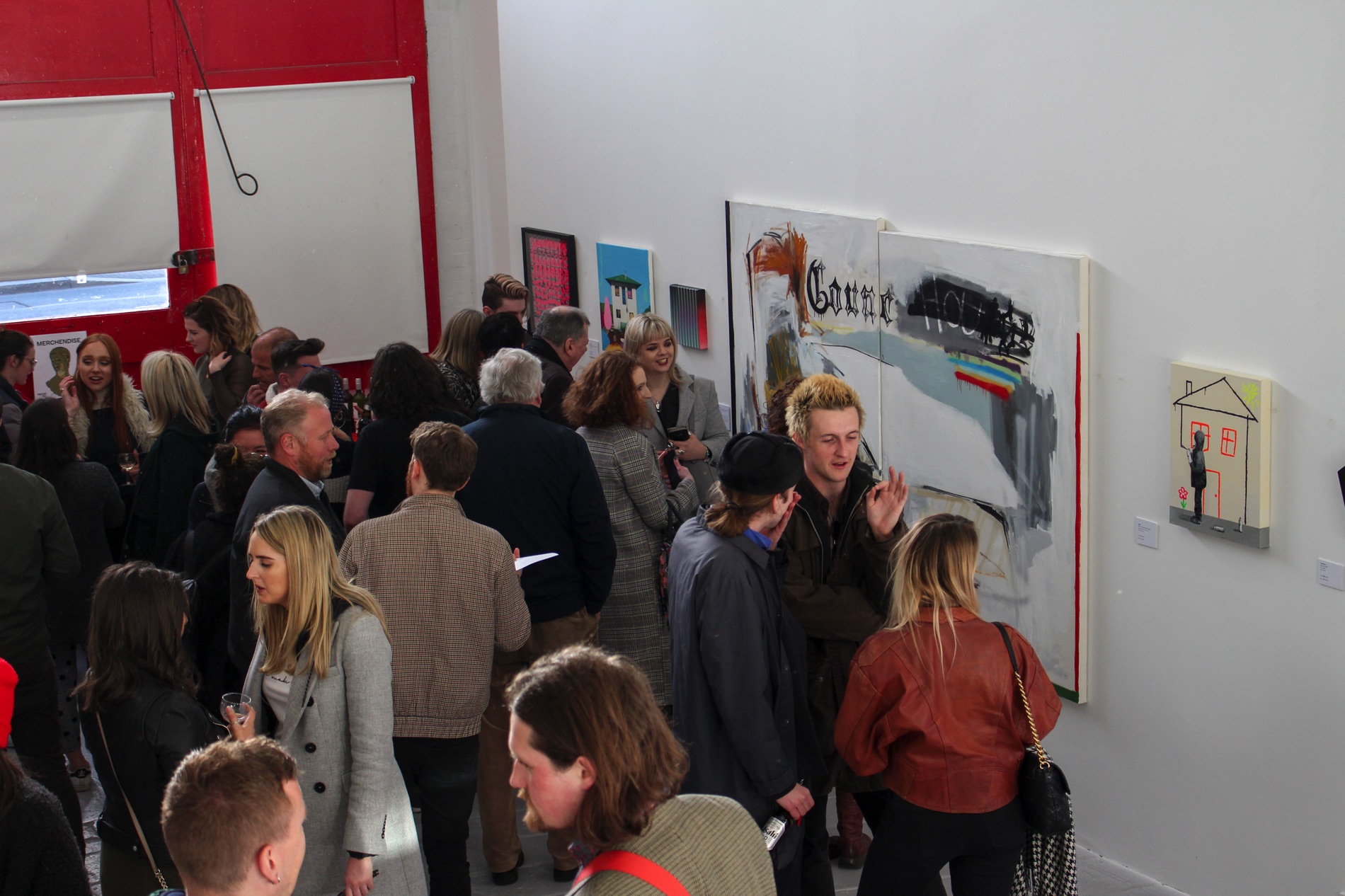 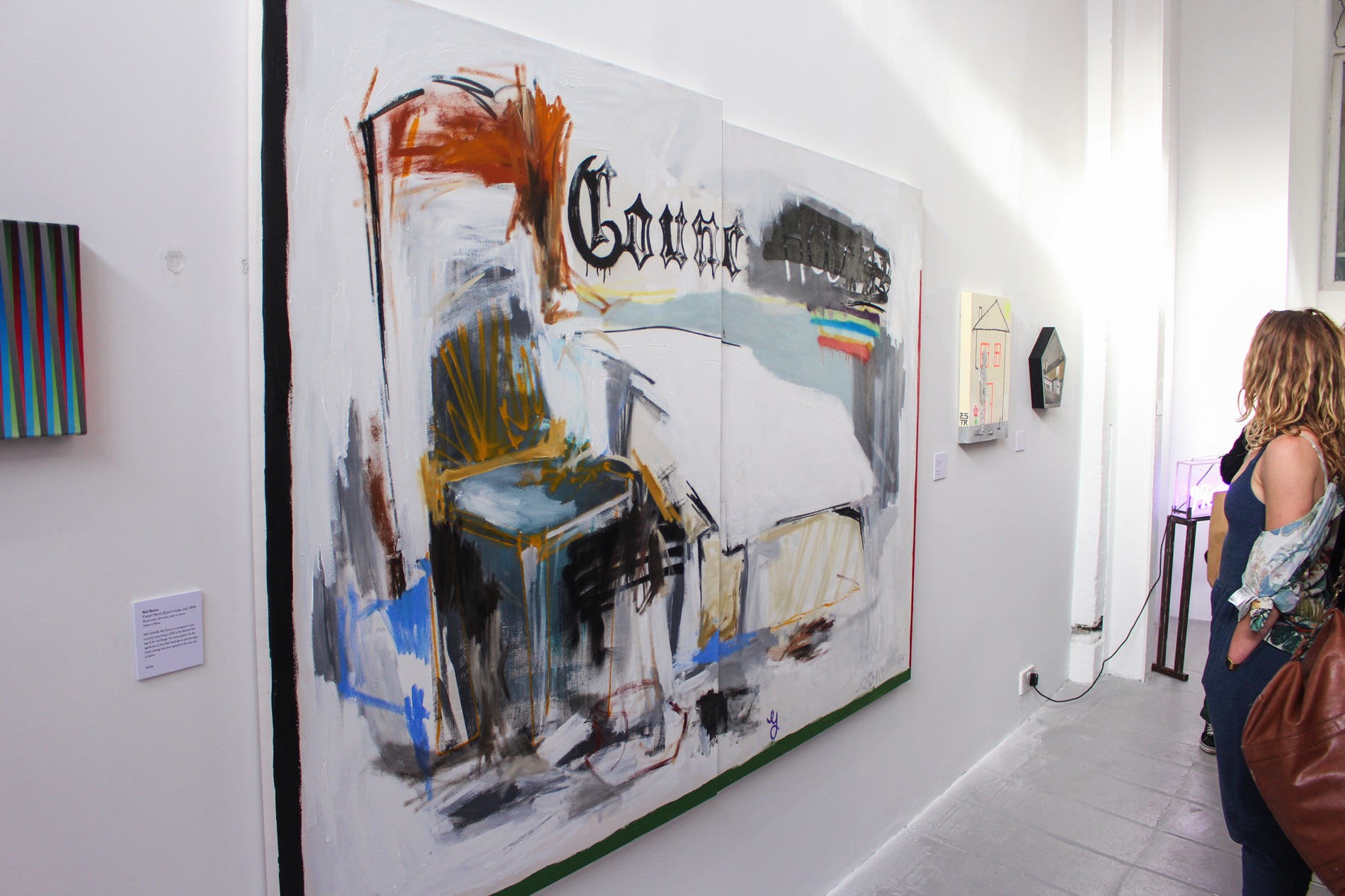 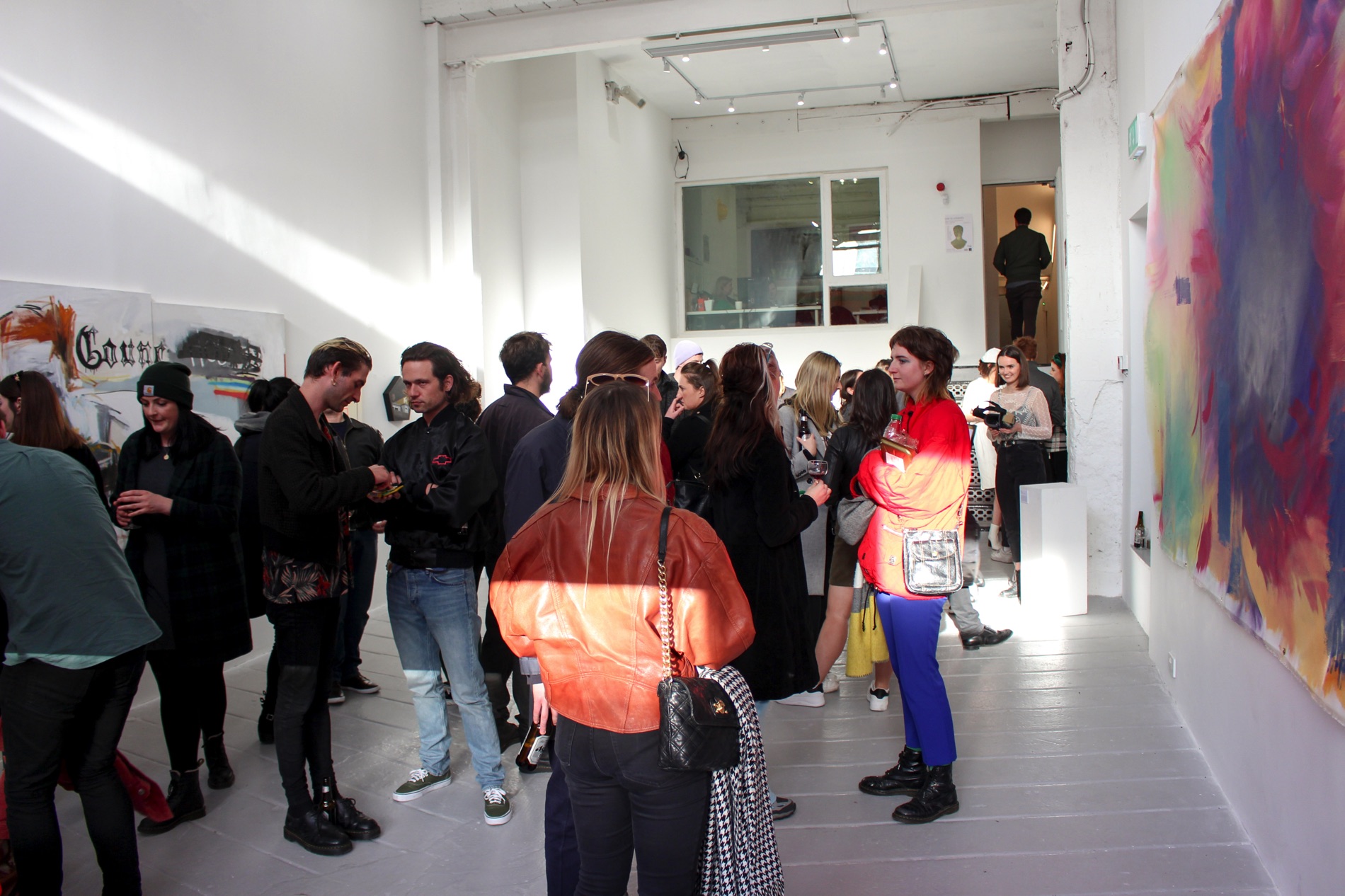 Following the success of the first Taproot Art benefit auction for homelessness in January 2018, Ode to Urbanity is the second of it’s type, this time dedicated solely to urban in art in Ireland. 50% of the proceeds raised will go towards Inner City Helping Homeless* and the other 50% to the artists themselves.

Curated by Taproot Art Founder Sophie Murphy, and partnering with art collective SUBSET, creators of The Grey Area Project, the exhibition will feature a number of Irish street artists – including Aches, Decoy as well as a large scale piece accompanied by VR interactive installation by SUBSET themselves. Over several days SUBSET painted a 150 x 40 ft warehouse to create an immersive artistic experience. Using multiple techniques demonstrating an array of styles, symbols and subtle abstract gestural elements, SUBSET encourages the viewer to engage with the piece via virtual reality. The warehouse has been a place of practice and experimentation, and the final piece is a representation of their time spent there between 2017 and 2019. This piece displays the explosive potentiality of finding new functions for redundant spaces. There will also include a range of visual artists, including Neil Dunne and Greg Purcell, whose work generally derives from urban landscapes.

In addition to the visual element there will be a focus on Irish hip-hop by artist TBA. This will be accompanied by hip-hop Dj’s of Dublin Digital Radio (DDR), who will be supplying additional music throughout the evening, followed by a the live auction MCed by Sophie Murphy.

*Taproot will also be accepting donations of white socks for men and chocolate on the night, these items are widely desired by rough sleepers, and needed for ICHH homeless outreach distribution.

“The theme of this show is not groundbreaking, however what it does is aim to celebrate the groundbreaking advancements in urban art in Ireland over the course of the past decade – primarily in the regions of street art and hip-hop. Dublin has an ‘urban grit’ and Ireland has ‘depressive’ qualities traditionally associated with it, only in recent years resembling a manicured city you will find in the rest of the western world. This ‘urban grit’ is being retained however through the unapologetic lyrics of Irish hip hop artists as well as the un-apologeticness and ‘deviance’ of street artists alike, transforming it into something of artistic wonderment.  It is also being retained, of course, through the ongoing homelessness crisis, an issue which persistently and increasingly pervades the nation producing wonderment indeed, on how it is still as desperate as ever. Art originating from Ireland and Irish people is primarily known for its transformative power: long used by Irish as a vehicle to turn a series of unfortunate and dire circumstances into something eternal & positive – this is precisely what we want to achieve with this show.” 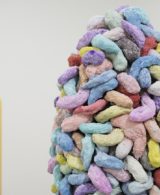 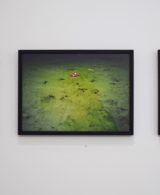