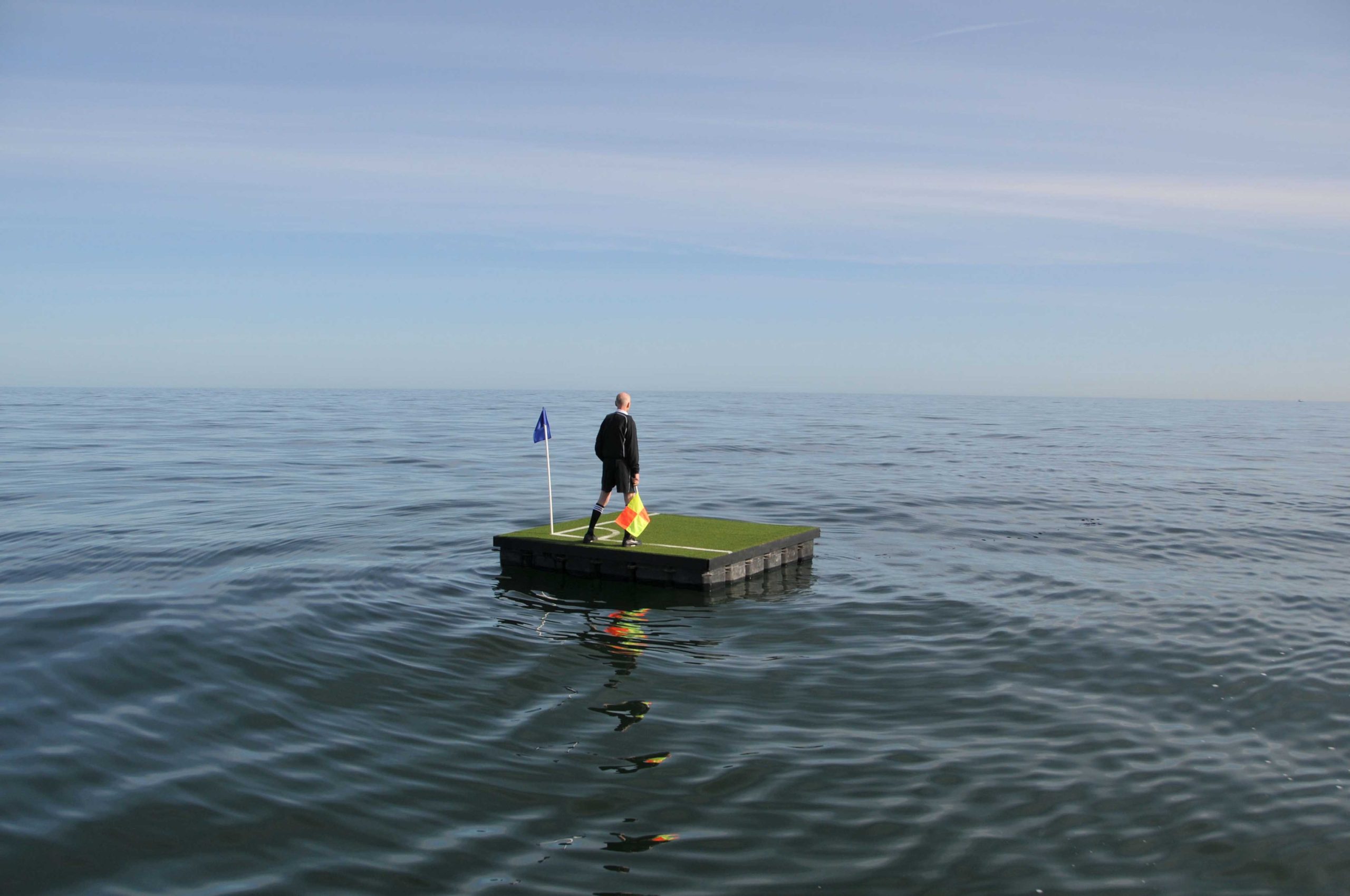 Mare Liberum (Freedom of the Sea*) is a projected film showing an assistant referee (aka Linesman) signalling towards the horizon whilst standing on top of a grass covered raft which floats somewhere in the Sea.

Drifting aimlessly, Undaunted by his maritime position, He stands upright, absurdly patrolling the line on his tiny section of football pitch in a bizarre sense of duty.

The title ‘Mare Liberum’ translates as Freedom of the Sea, and was a treaty formulated by Hugo Grotius in 1609. It established the sea as international territory for all the nations to use freely for seafaring trade. The film is beguiling as it is absurd and has a soundtrack that is calming and strangely rhythmic.

This film was made during Minsky’s Berwick Gymnasium Fellowship and was first shown in 2009 as part of his Solo show, Interfering with Play, Berwick Gymnasium Art Gallery. He began his residency with a file of information about the local football team, Berwick Rangers who famously play their domestic football in Scotland and his research unearthed twenty- eight other professional teams around the world who play their domestic football across another border.

After reading through, FIFA, UEFA, English, Scottish and Welsh Football Associations rulebooks, and examining the laws of the game he concluded that what was needed was a gesture to these nomadic teams. Somewhere to call home. A rallying call to all twenty-nine teams. Mare Liberum is the resulting work.

This is the first time this film has been shown in Ireland. Jason Minsky would like to thank Deirdre Morrissey and the team at MART for their help in making this happen.

Born London,1968, Jason Minsky now lives and works in Dublin. He has a multi-disciplinary approach. Combining video, photography, multiples, installation and performance. The context of the work is often central to its interpretation and during the last few years he has made a range of work exploring the conventions and rituals within and around sporting environments.

Much of Minsky’s work shares a feeling of surreal pondering brought to life. Activity and energy is captured and presented, both as performance to camera and harnessed in the objects he constructs or chooses to work with. A strong interventionist strand runs through all his work along with a mischievous sense of humour

He studied 3-D Design at Manchester Polytechnic, BA Hons (1989-1992) and completed a Masters at the Royal College of Art (1997-1999). Minsky has lectured at many colleges and universities within the UK, on a diverse range of courses, including architecture, furniture design and fine art.

Most recently he has shown an edition of ‘Mare Liberum’ (Freedom of the Sea) prints (1/10) as part of Halftone Print Fair at PhotoIreland, Dublin November,2018. Purchased by the Office of Public Works for the State Art Collection, Ireland. 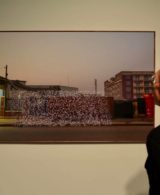 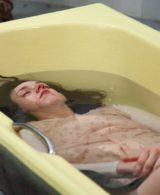