Freedom of the City

Freedom of the City

SHOW 1 in Gallery 2 at Rua Red as part of Glitch Festival.

For three days, six artists are taking over the Big Picture space with a series of performances and interactive installations that play with the underused resources of the Big Picture’s big screens.

—-“Freedom is the consciousness of necessity” Marx

In this time of socio-political upheaval are we on the precipice of a new way forward? Now more than ever artists have the power to step out side the system and utilise their power to transform the cityscape, whether it through intervention, subtle takes overs or insertion into the public consciousness. Freedom of the City references the medieval concept of “free status”. The recipient enjoyed privileges such as the right to trade and own property, and protection within the town. This tradition is especially popular in America-a place of Irish immigration to present day. MART are embarking on a 3 city tour with ‘Invite or Reject’ an exhibition exploring the preconception of Irish immigrants of the ‘American Dream’ versus the too often reality of rejection. The juxtaposition of the the US tour and the ‘Freedom to the city’ is poignant. Ireland being a relatively young independent state where ‘freedom’ is a powerful word in its history. The current economic crisis has placed our identity under scrutiny as we question our “Free Status”. The ‘Freedom to the City’ show in Rua Red is the ‘Homebase’ for the USA tour. The Artworks here are rooted in our right to stay,and to leave, our right to excel and our right to Freedom of The city! 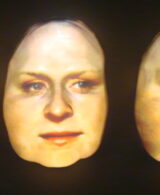 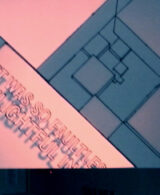