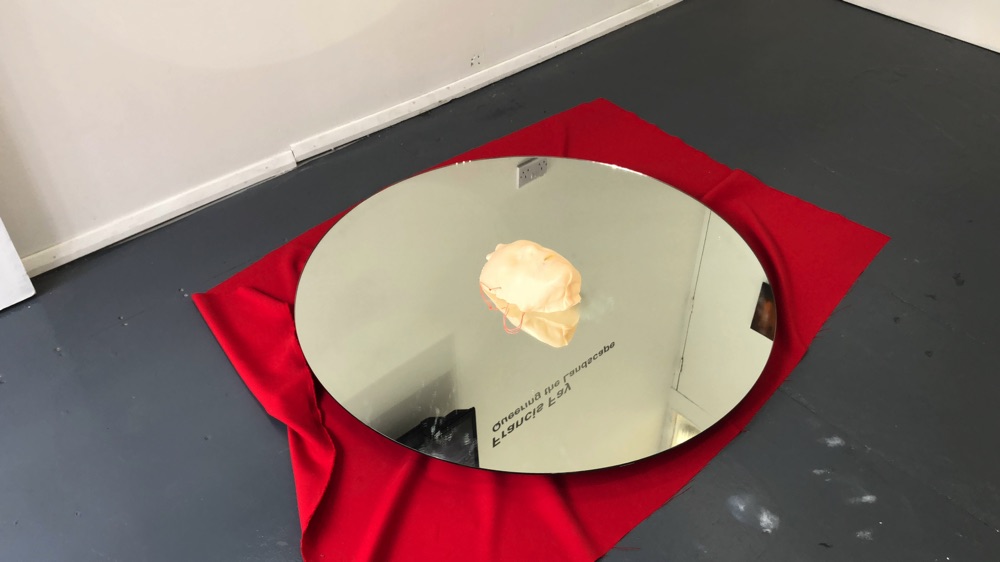 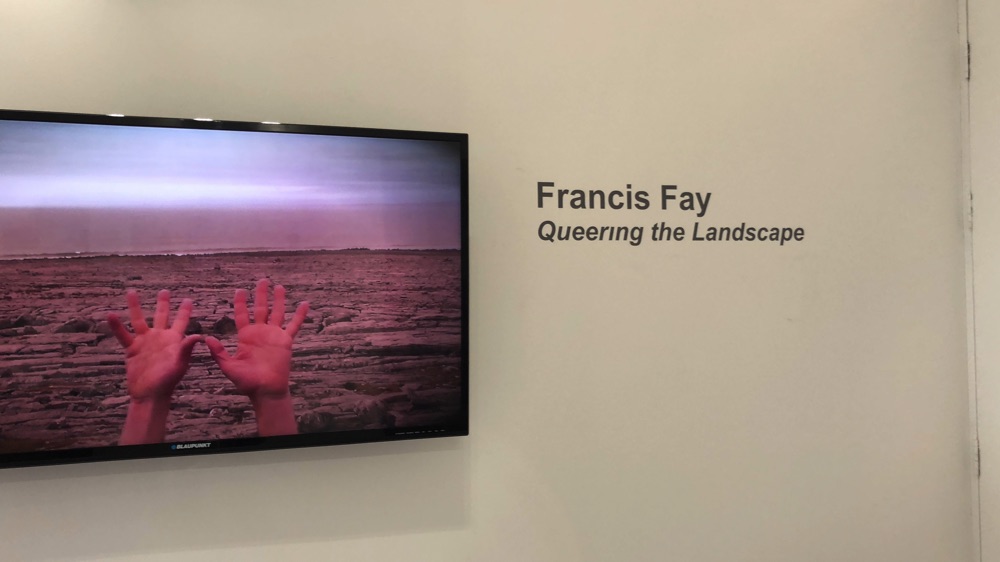 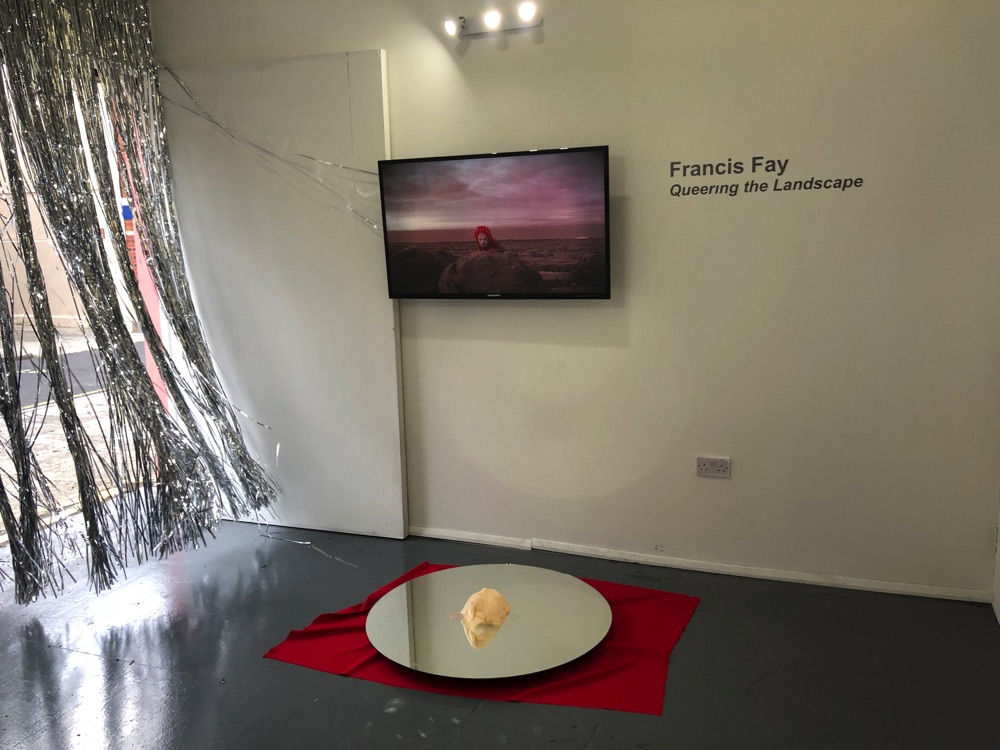 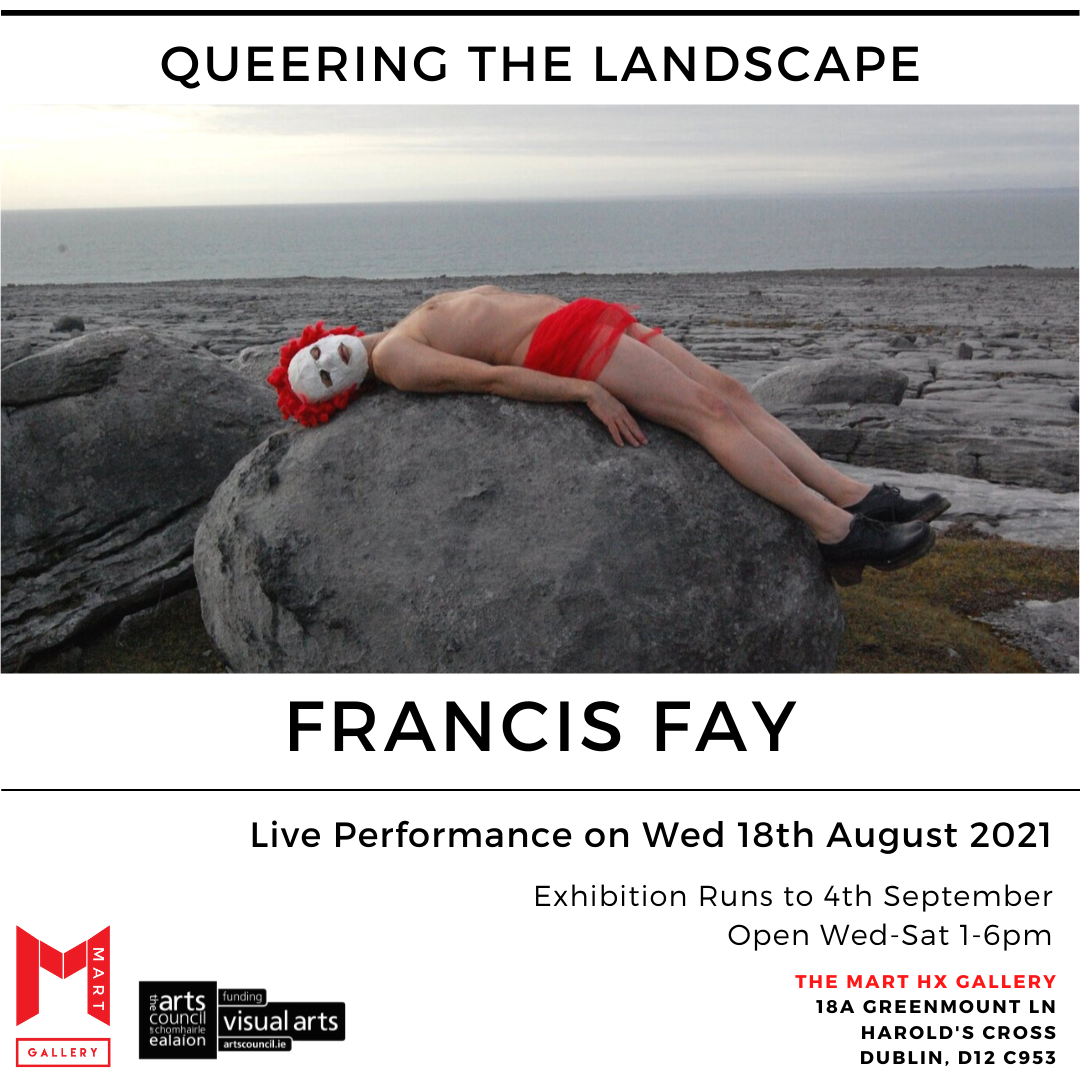 VENUE NOTE: While the main gallery is being refurbished this exhibition will be held at our MART HX STUDIOS GALLERY,  18A Greenmount Lane Harold’s Cross Dublin, D12 C953

A selection of work displayed in this exhibition is available to buy from our Online Store – www.mart.ie/shop

“There’s a place in the soul where you’ve never been wounded.” – Meister Eckhart

The exhibition curated by Ciara Scanlan will present a live performance on opening night and an exhibition documenting the artist’s vast catalogue of performance work in an engaging exhibition setting; of digital photography of past events alongside digital video screening of ‘Queering the Landscape’.

Presenting the body as a site of unexamined possibilities, ritual and transformation, Fay enhances a broader understanding of reality by investigating intimately both the physical and spiritual seduction of location.

Reclamation is one of his key motifs. He queers traditional ritual to reframe bodies, subjects and places, responding to the world through immediate response experience, connecting with the elemental and, ultimately, conversing directly with the Source.

An MFA: Art In The Digital World graduate from NCAD, Francis Fay is a founding member and co-curator of Livestock Performance Art Platform.

“Using his body as a conduit for communion, Fay aims to reframe physical presence, offering rhizomatic reflections of the self that humbly navigate subject and environment. His practice incorporates a process of embodied knowing, exploring connection to and reclamation of the self, both in the physical reality and from/through the virtual. Each piece, though unique in tone, is honest, undeniably true to his demeanour. As a performer, Fay’s physical language is chameleonic, shifting between investigative narratives of humour, love, longing, pain and absence with confident ease.”

Francis Fay is an Irish artist active on the domestic scene since 2012, and whose performance and curatorial projects have been presented nationwide at galleries, theatres, libraries and public spaces.

Fay holds an MFA | Art in the Digital World, NCAD; BA Fine Art, DIT; BTEC National Diploma in Performing Arts from Park Lane College, Leeds. He is a founding member and co-curator of Livestock Performance Art Platform– a live art event. Francis spent his Erasmus year at Khib, Bergen Academy of Art. He is a member of IVARO, a studio member of MART Dublin, and an important part of the team at Project Arts Centre. He has collaborated with the award winning theatre company brokentalkers as both Stage Manager and Scenographer on productions such as The Blue Boy, Silver Stars and Have I No Mouth. He has toured numerous countries with these shows including Iceland, Norway, New Zealand and Russia.

Recent projects include ‘Your Self-Made Super Human’, his 2019 performance at Wexford Arts Centre. Francis’s video trilogy, ‘Queering the Landscape’, developed at a Tyrone Guthrie Centre residency, premiered the same year at the ‘Diffraction’ screening,126 Gallery, Galway. In 2016, he was commissioned by Arts Council Ireland to perform at historic Kilmainham Gaol, Dublin in ‘Future Histories’, a response to the 1916 Rising. 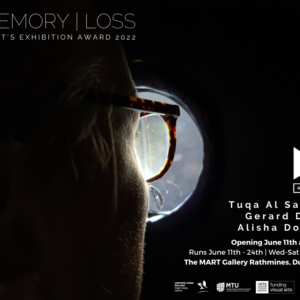 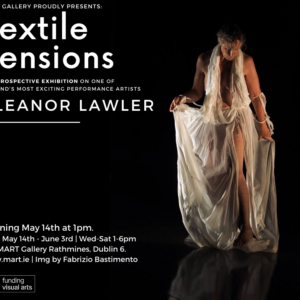 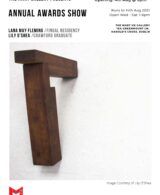 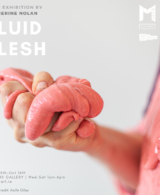