“Manufactured objects raised to the dignity of works of art through the choice of the artist.”  Breton

“An Instructional’ was MART’s first large travelling show  devised around the  ‘Readymade’ approach to art making. We invited artists to submit proposals of work that work uses materials, object’s and concepts influenced by the readymade and re-constructible. Curated by  Matthew Nevin & Ciara Scanlan, ‘The Instructional’ aim’s to re-invent the exhibition format with a unique interplay between artist,  curator and artwork, challenging each role.

MART now has developed an extensive network of connections with contemporary visual art spaces globally and is bringing this inventive travelling show of Artists, all of whom have achieved individual success, to galleries across Europe and North America.

This Tour was kindly supported by Culture Ireland.

For the US leg of the tour, MART is sponsored in part by an Associated Colleges of the South (ACS) Grant by the Andrew W. Mellon Foundation for the Initiative for Fine Arts Collaborations at Millsaps College. 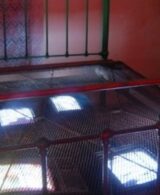 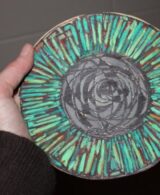