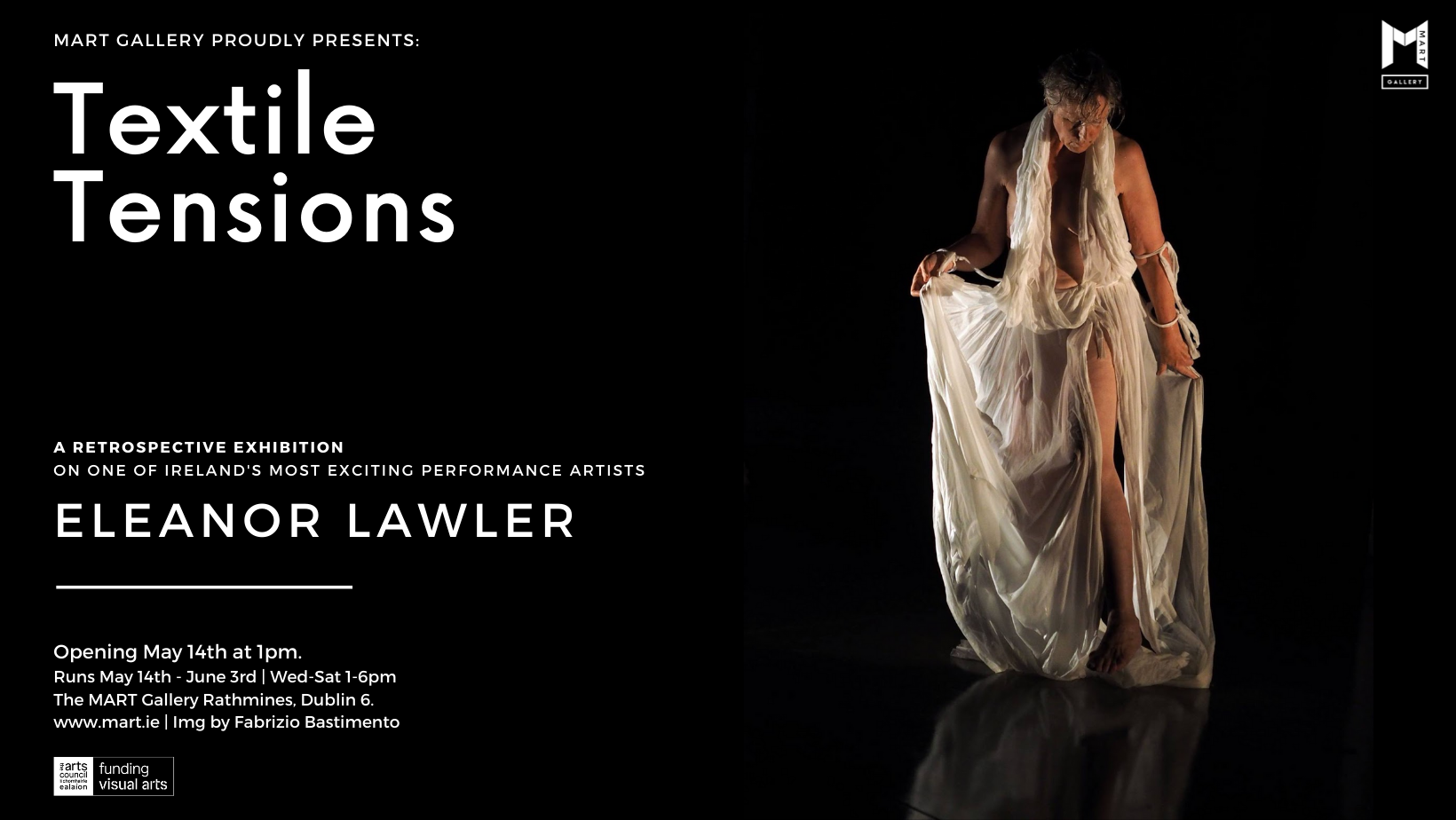 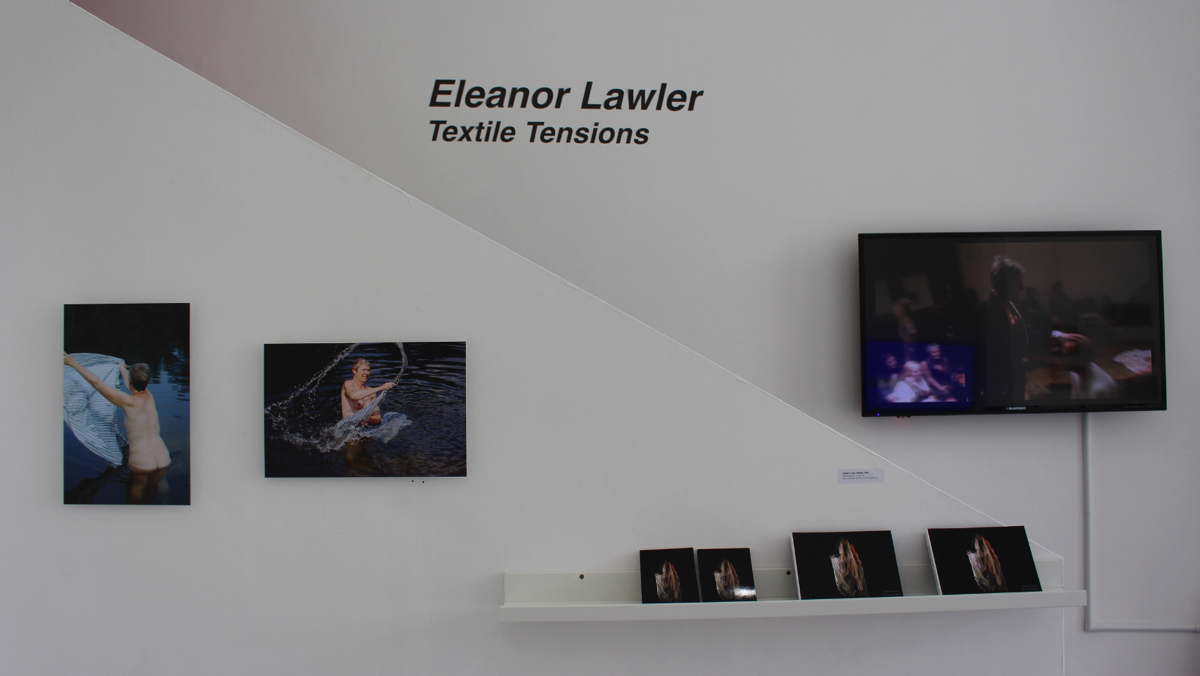 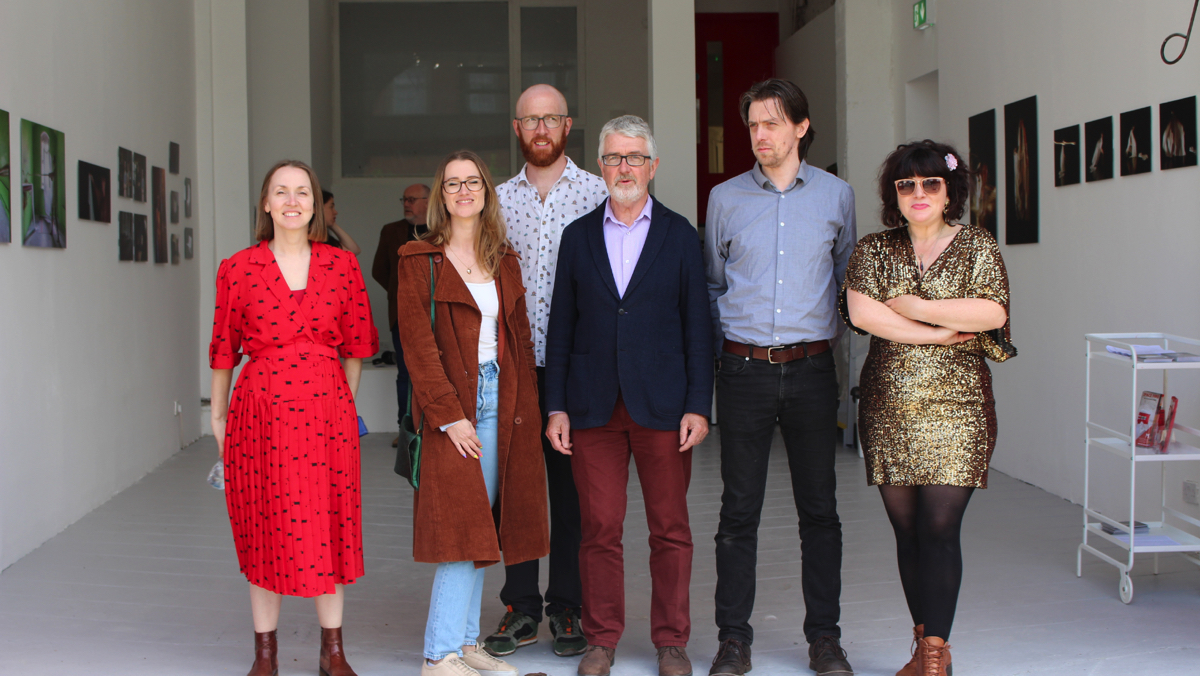 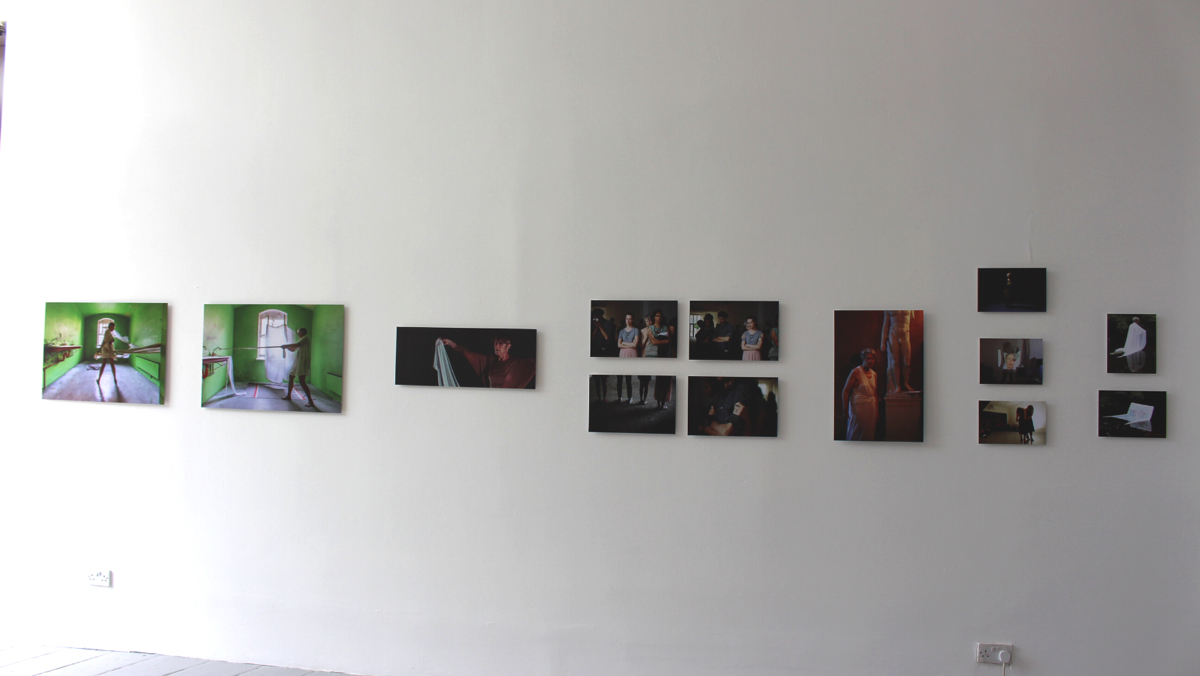 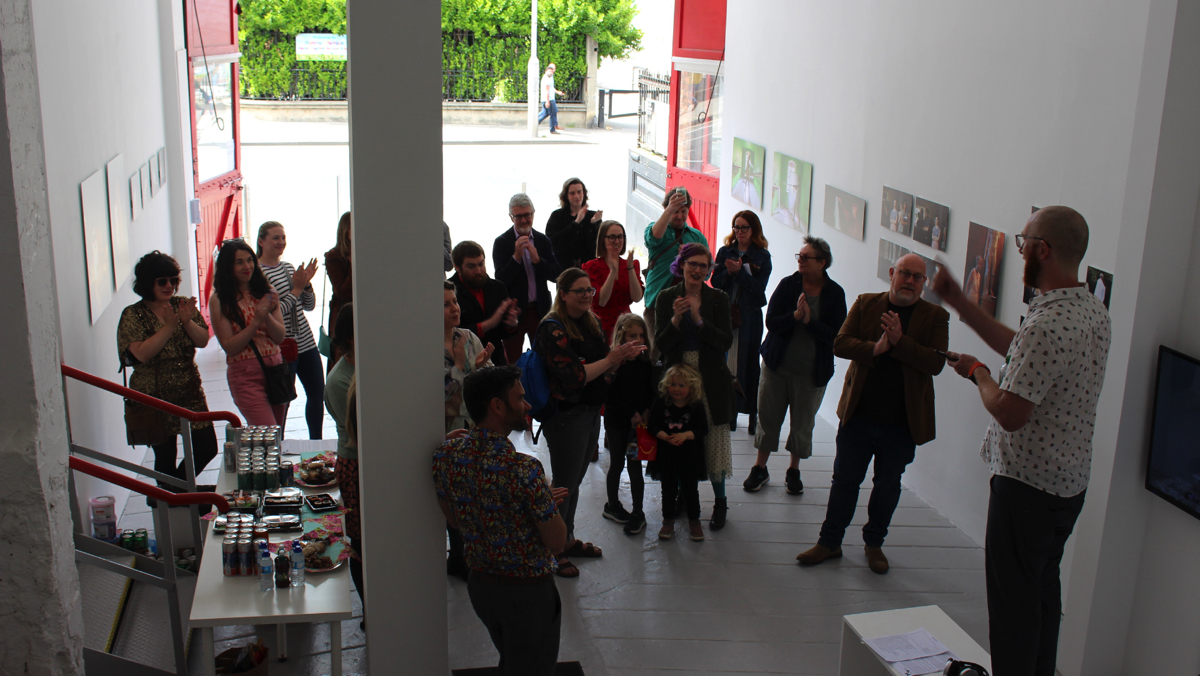 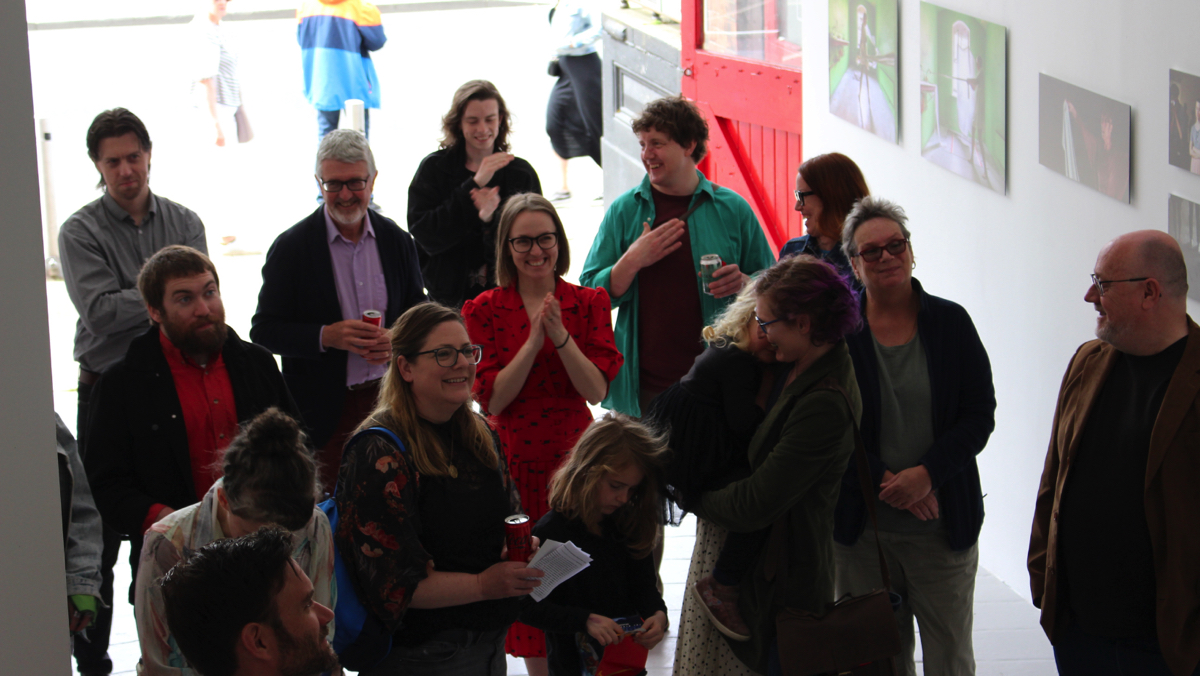 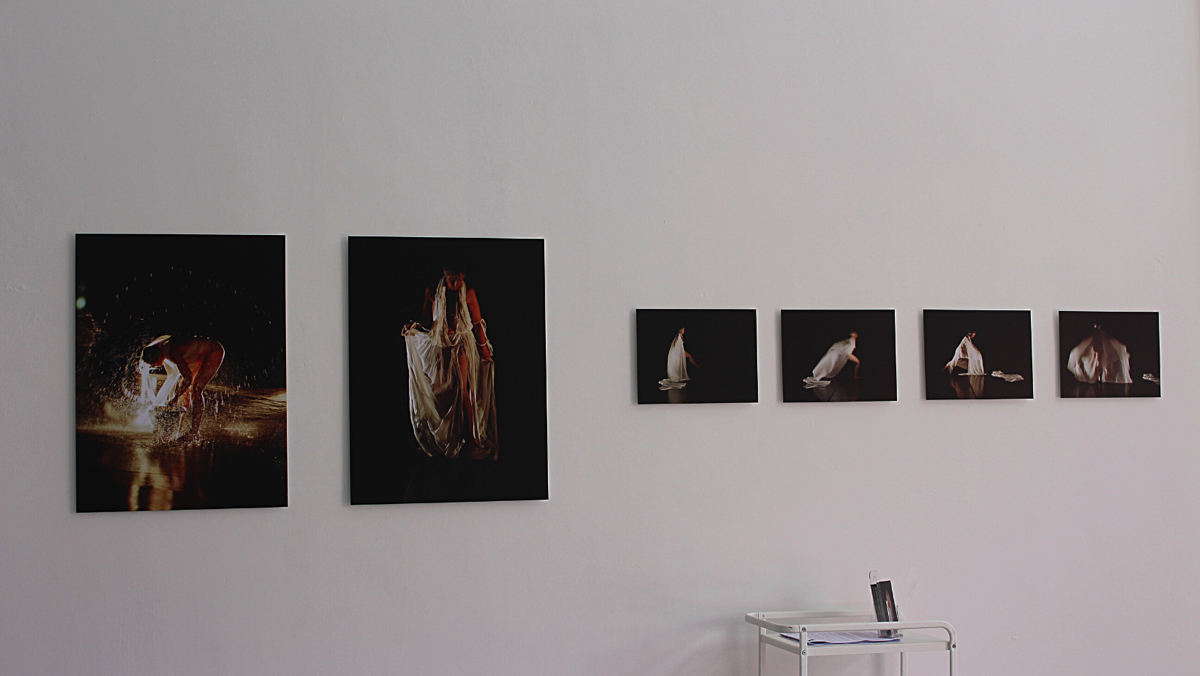 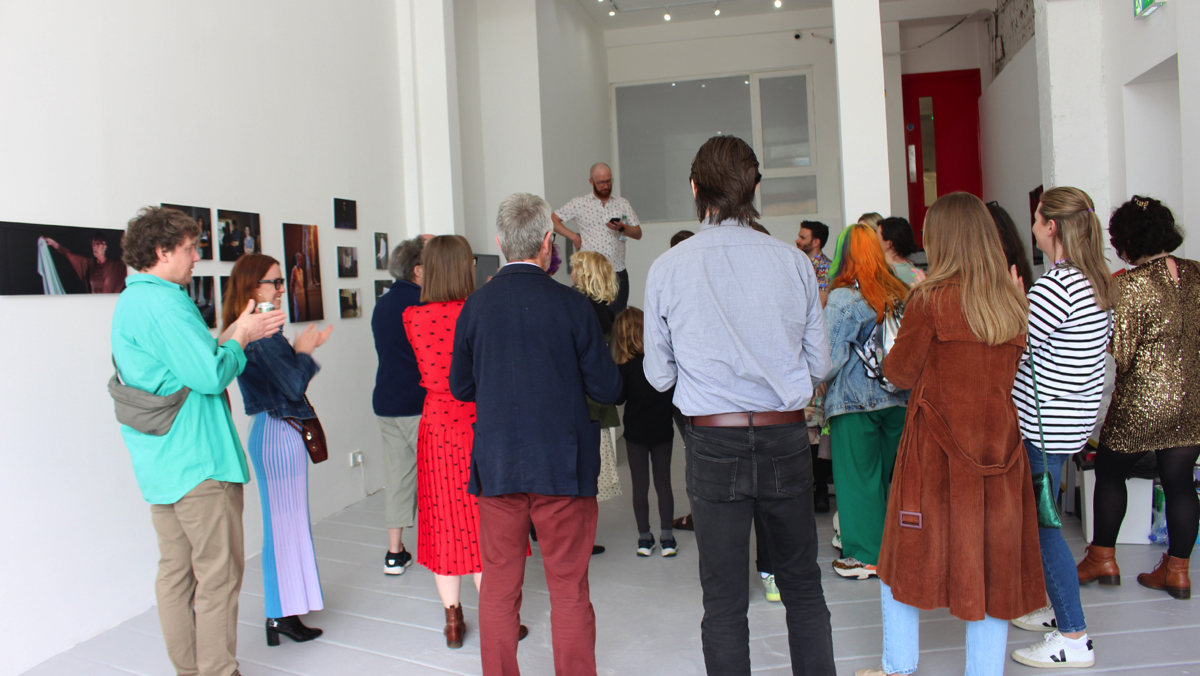 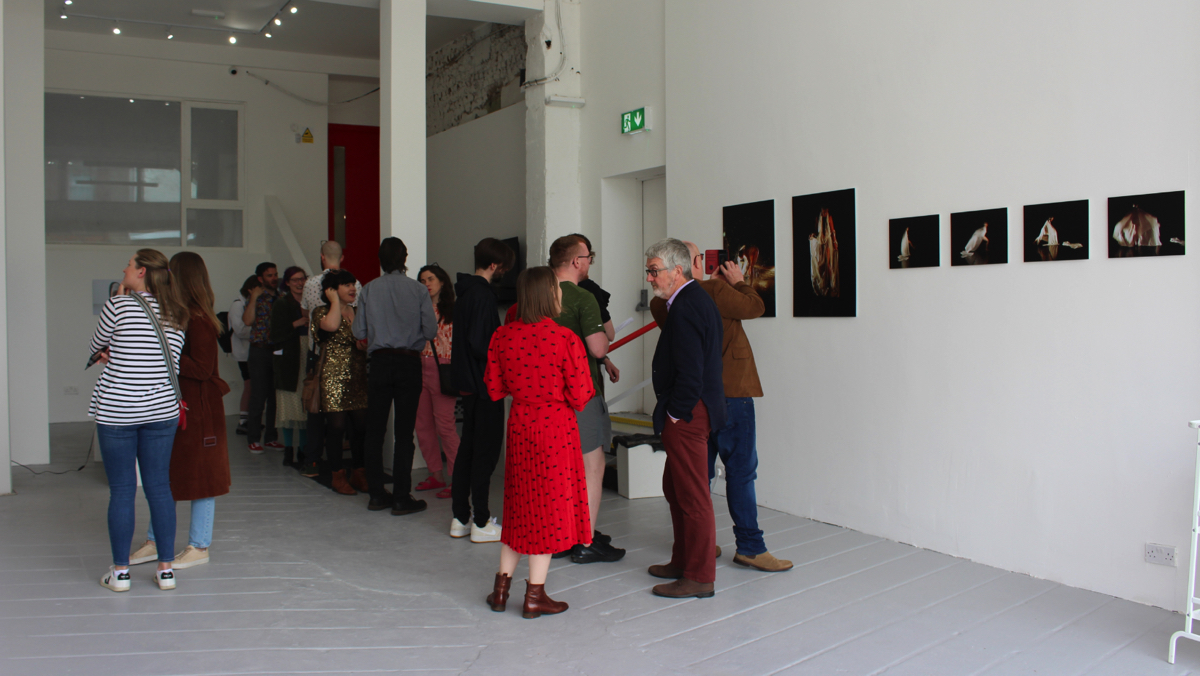 The MART Gallery Dublin proudly launched ‘Textile Tensions’, a retrospective exhibition of Eleanor Lawler one of Ireland’s most exciting performance Artists, on May 14th 2022, featuring a screening of her video work ‘The Invisible Woman’ and live performances by Catherine Barragry and Conor Coady.Gallery Rathmine

The exhibition celebrates the artwork of Eleanor Lawler, who passed away in 2019. Over several decades Eleanor reached across communities, audiences and artists to become a well regarded figure in contemporary art in Ireland. Eleanor endeavoured to create a space of support, development and care for performance artists and their practice through her curatorial work with Livestock a Performance Art Platform. Through her own work she developed, created and showcased critically acclaimed works and performances in Ireland, Europe and the USA. Her work continues to speak to audiences through her teachings, imagery, videography and sculpture. This exhibition showcases a selection of Eleanor’s work through image, film and associated live performances.

The exhibition will also see the launch of a limited edition Artist Catalogue documenting the performance history of Eleanor Lawler and featuring a retrospective text by Dr. Katherine Nolan.   – Pre Orders available to purchase by emailing [email protected]

The exhibition, catalogue and performances have been curated by Ciara Scanlan, Katherine Nolan, Francis Fay, Matthew Nevin and Lorcan Lawler.

About the Artist: Eleanor Lawler

Eleanor Lawler’s work concerned ideas around domesticity, being female and the ageing body. Her artwork manifested as performance, curation, textiles, movement, installation and film. Since 2001 she showcased and performed work across Ireland, Europe and USA. Her film work has been shown in Liverpool Biennale, Whitechapel Gallery and as part of “Visual Deflections” in 2008/9. Eleanor was an associated artist of the MART Gallery and Studios in Dublin from 2010-2019 with which she exhibited nationally and internationally and which continues to support the legacy of her work, launching a studio residency in her name and a retrospective exhibition in 2022.

Eleanor participated in the Butoh & Live Arts Moving Bodies Festivals in 2016-2017, which included a residency in Turin, Italy. Her film The Invisible Woman, was shown at LACE Gallery in Los Angeles in 2018 and in 126 Gallery Galway as part of Diffraction in 2020. As a curator she focused on supporting emerging artists by building a strong environment of support and mentorship. She co-curated the performance art platform Livestock with Francis Fay since 2011 and was an Assistant Director at Dublin Live Art Festival for 2013-2015. She held a BA Fine Art from DIT, Dublin and an MA in Textiles from Goldsmiths College, London. Eleanor died in 2019 from ovarian cancer. She is deeply missed and completely irreplaceable.

About ‘The Invisible Woman’ Film

“ The Invisible Woman (2016). In this video, the naked figure of a woman in her 60s emerges from a cottage, pausing beneath a stone lintel. The crumbling forgotten homestead, like the aging female body is invisible, of no consequence: Its fabric breaking down, past its best, and no longer a site of bountiful re-production. This work mobilises the politics of representing the aging female body, which unlike the figure of the wise male sage, signifies the grotesque (Fuchs 2019: 12). This gendered trope is tasked with bearing the fear of the failing body and the horror of its mortality. Throughout the video, the figure emerges, gazes into the distance and then recedes in haste, as if being found out for the taboo revelation of a body that is no longer considered worthy of the (sexualized) gaze. This performance critically engages the female body as signifier of the dominant Western “decline ideology” of aging (Fuchs, 2014: 71). This off the cuff performance was a powerful articulation of Eleanor’s lived experience of aging as a woman. ”   – Katherine Nolan

Eleanor Lawlers work in her own words:

“I have an ongoing independent practice making films for inclusion in installation/interventions within galleries or as individual pieces in their own right.  My films are made using the camera as an accomplice exploring ideas of implausible games played out within the home. The digital methodologies I use in recording performance encounters are effective instigators of intimacy.  The installations created use the architecture of the gallery to engage the viewer, who is asked to physically compromise themselves in order to see the work. The camera in my work is a device used as an uncritical companion, as both audience and actor. My work explores sites where performance and intimacy, architecture and the visceral collide. Using the camera as an accompanying intimate, I perform behind it, scanning domestic spaces like cupboards, wardrobes, or under the bed.   I explore private places, places to be private, hiding places and finding places, playing out strangely cathartic games. When a home becomes a place of performance, the necessity for intimacy could become a search through implausible spaces, a playground for the actor and the audience alike”

Kindly Supported by MART Gallery Dublin and The Arts Council of Ireland. 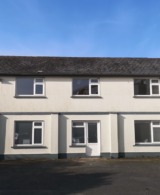 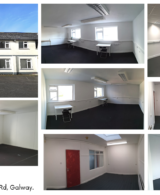