The studios in MART’s Malpas Street Gallery & Studios are based in a historic block on the edge of the Liberties. This cosy former office space is now home to a range of artists and creatives working across a number of disciplines.

Situated on the upper floor of an office block, this building has windows on two sides for lots of light and great views of the Liberties skyline. A large shared kitchen and social space gives studio members the opportunity to get to know their neighbours.

Located close to NCAD, as well as a range of cafes (The Fumbally, Two Pups, Cathedral Cafe), bars (John Fallon’s, The Headline, Whelan’s, Against the Grain), and restaurants (Sova Vegan Butcher, Boojum, Konkan).

Matthew Nevin is an Artist, Curator, and Co-Director of The MART Gallery & Studios Dublin and CIACLA – The Contemporary Irish Art Center Los Angeles. As a cultural producer he is devoted to providing artists with the support, guidance and resources they need to create and display art. His aim is to generate experiences that inspire curiosity while challenging perceptions and promoting the arts.

Through MART he supports over 150 studio members across eight buildings in Ireland’s largest studio network. Matthew works closely with artists at all stages of their career and has curated over 60 exhibitions in Ireland, UK, Central Europe, USA and Japan, leading projects on national, European and international projects for MART, CIACLA, PQ, IrelandWeek, EUCIA and Imagine Ireland.

Matthew is a passionate advocate for the arts, with a keen interest in sculpture, installation, experimental film and performance art. Through his own artwork, such as ‘The Core Project’, he looks to create conversation and dialogue about key world issues, directly connecting the audience with a relatable narrative. He has a particular interest in the creation of spaces and projects that break down barriers and maintain an inclusive ethos.

Matthew completed a Degree in Film & TV and Scenography from University of Wales Aberystwyth and a Masters in Art in the Contemporary World from National College of Art & Design Dublin. He also works as a Film & Television Art Director and Designer in the UK, Ireland and the US and has previously worked for the BBC, MTV, RTE, TG4, Element Pictures and ITV.

Sean Clarke is a Dublin based director and cinematographer. He works mainly in documentary and film.

Owen Costello is a director, cinematographer, editor and photographer currently focusing his energy into documentary work surrounding sport and social issues. He has a keen interest in collaborating with other artists to create video representations of their work and style.

I am a Dublin based stage and production designer. My work spans theatre, music and film and often incorporates projections and live visual elements. Although working predominantly in theatre I increasingly work closely with a number of musicians developing and designing live shows and music videos. Artists I frequently work with include Kojaque, Soft Boy Records and Soda Blonde.

Vintage Women’s wear boutique, selling a range of unique affordable pieces as well as one off designer pieces. Babydoll’s calling has always been to keep the love affair and mystery of vintage alive. We bring all our dolls beautiful gems weekly. Our pieces tell a story and are far from the every day run of the mill vintage you will find.

A visual artist based in Dublin. Will draw on anything but prefers to do it on paper and pottery.

I am a Set and Costume designer based in Dublin (with Swedish roots) and a co-founder of MALAPROP. I work across theatre, dance, opera and the occasional film and music video. I like to collaborate on vibrant, expressionistic work, using colour, form and object as visual metaphor and dramaturgy, rather than (or as well as) as backdrop or decoration. I create detailed worlds which have a thoroughly developed material culture and consistent or decisively inconsistent attitude to the material.

Iseult Law is a fashion designer.

Who makes consciously made luxuries.

Her label focuses on handmade clothing, accessories and homeware, connecting and weaving cultures together through cloth.

Fabrics have all been sourced from local artisans around the world with a focus on handwoven and naturally dyed fabrics.

Attention Attire creates limited edition, handmade outerwear and accessories from upcycled camping gear left behind at Ireland’s music festivals. Each piece is crafted with recycled materials that would otherwise end up in landfill. This isn’t fast fashion, this is forward thinking fashion.

Ross is the youngest of six children to Mark and Eileen Kelly. All of his siblings and childhood friends are getting married and taking out mortgages. Ross received ‘excellent’ in his Junior Infants school report, there was steady decline from then on. He’s just trying to regain said former glory. 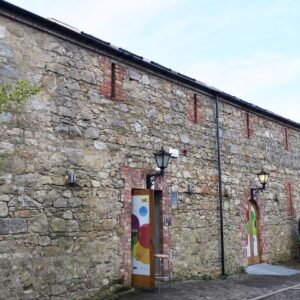 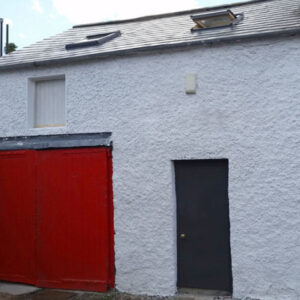 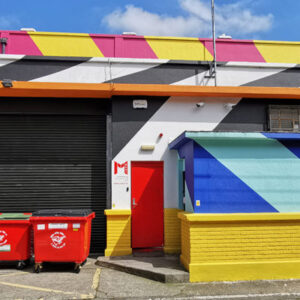 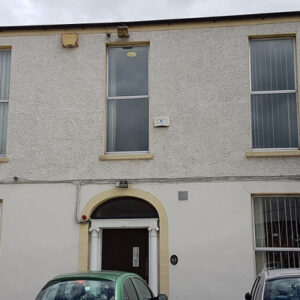 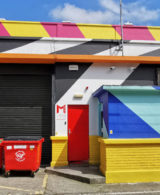 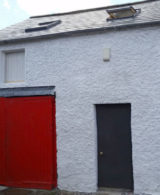