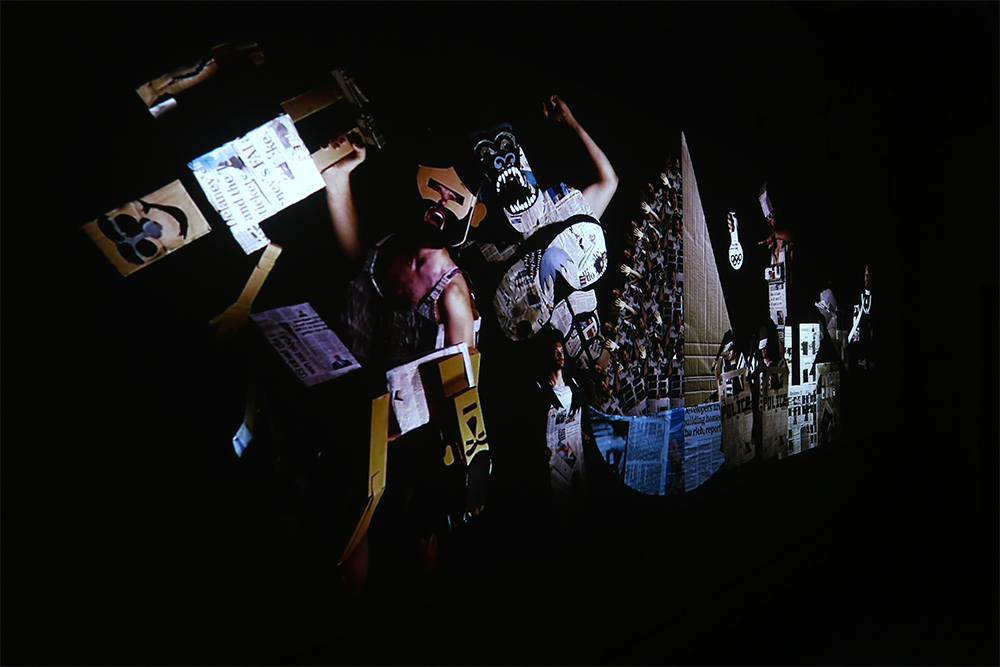 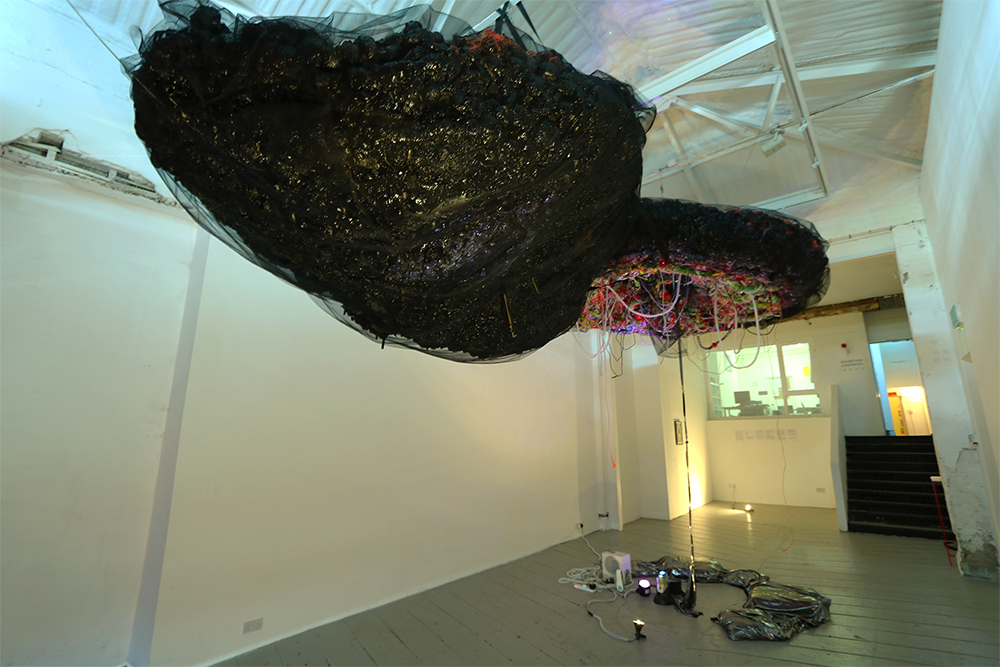 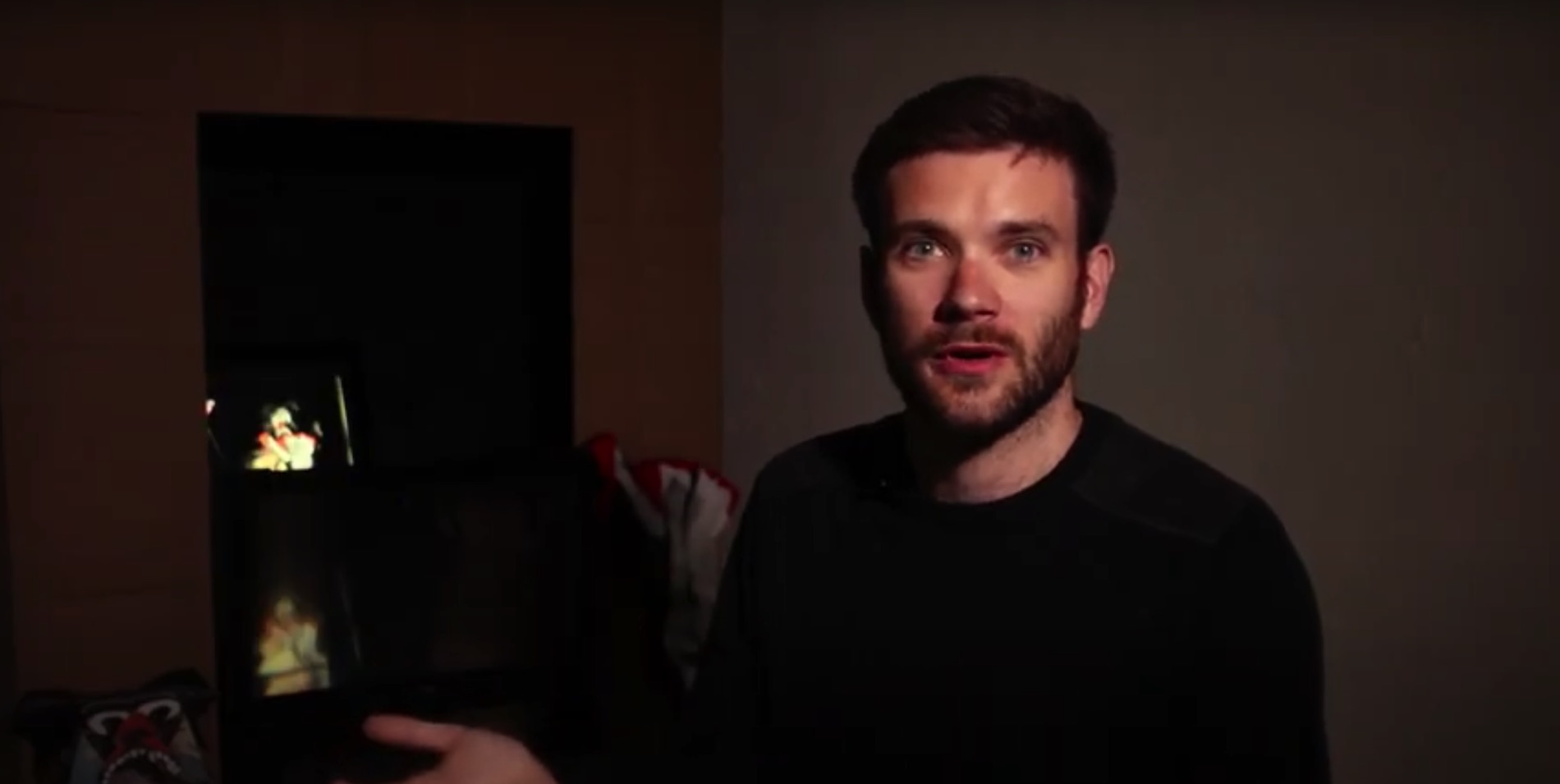 ‘Dragons of Eden’ featuring work by Aoibheann Greenan {Gallery 1} and Terence Erraught {Gallery2} addresses mythological and real world societal challenges. The curators invited the artists to produce work that can provoke the limitations of the gallery environment, producing informative and experimental new work that can tease out radical ways of viewing and perceiving our culture and society. Greenan and Erraught have responded here with powerful creations that take on alternative perspectives on gender representation via symbols and icons of ancient cultures experienced through a schema of digital means.

Aoibheann Greenan presents The Eighth Seal, an installation and audio piece prompted by the Repeal the 8th movement and the ongoing struggle of Irish Women over the right to bodily autonomy. A radio interview reimagines the origins of Sheela na Gigs, ancient carvings scattered throughout Ireland depicting figures with exposed vulvas. Eschewing the tendency to interpret the Sheela through patriarchal narratives, the work proposes the symbol as both a harbinger of emancipation and metaphor for resistance. Esoteric and posthumanist motifs permeate the work, echoing the historical link between radical speculative fiction and movements for social change. The installation conjures a site for gathering, a space for consciousness raising, for invoking, for conspiring.

Terry Erraught’s work explores the masculine agenda of the contemporary artwork by addressing audiences increasingly desensitization of socio-political heinous events. In an era of instant digital media distribution, brutal violence appears to have become part of our daily routine, with audiences becoming increasingly indifferent. By engaging with mainstream media but using a primitive, ritualistic approach, Erraught attempts to connect with world events as they occur and enter our psyche. ‘Composition’ is a durational digital video painting, rather than an episodic performance, which contains references to multiple catastrophic events in recent times. Through a recognisable mythological and art historical aesthetic, the artist draws on his own personal experiences by physically manifesting into each of the constituent characters and situations in the video work. This can also be seen in Erraught’s second piece Saturn (The world revolves around me) which is a smaller installation or 3D painting recorded from a live performance. It is heavily influenced by Goya’s black paintings which portray Goya’s embittered attitude toward mankind, and struggles with panic, fear and hysteria specifically ‘Saturn Devouring his Son 1820-23’. 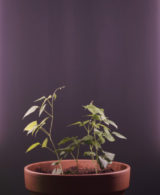 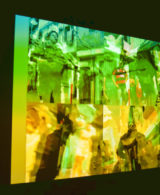