The MART, a new visual arts depot located in the iconic old fire station in Rathmines, Dublin, has been reappropriated to house multifarious elements, which include several galleries, an art shop, a workshop space and studios. MART seeks to position itself as a mediator of social and cultural transformation, through engagement with the arts. This dynamic venture will provide an accessible location and platform to develop and promote Irish and International contemporary visual art, one of the key principles fostered by MART.

This exhibition highlights the cycle of creativity beyond the confines of the gallery. Through a Fund-it campaign to raise resources for MART’s new premises, all contributors who invested in the initiative were invited to participate in the Curb your Carrie Bradshawism exhibition, in recognition of their support. This is a strong gesture and reflective of the inclusive nature of MART’s modus operandi. The realisation of this exhibition in this rejuvenated space sees the outcome of an exciting venture come full circle, culminating in the official launch of this new venue.

MART’s egalitarian ethos is echoed in the inaugural exhibition Curb your Carrie Bradshawism, as each participating artist will be given an identical challenge – to work within the constraints of a cardboard box, in any visual arts medium. As our culture is evolving into a society full of restrictions and limitations, artist’s struggle to find financial resources and opportunities to showcase their voice. The format of the exhibition and its established restrictions will generate an equal standing for each of the artist’s involved, without prejudice or favouritism.

The title of the exhibition Curb your Carrie Bradshawism, weighs heavily on contemporary material and cultural ideology. The all pervading suffix, ‘ism’ has become commonplace and part of visual art pop culture. It enables the user to attain a certain gravity, or level of authenticity in their distinctive practice, philosophy or artistic movement in contemporary art. By initiating a response to the fad of ‘ism’, another layer is added to the prerequisite conditions imposed on the artists.

Launching a New Space for Dublin

Impossible to ignore, Carrie Bradshaw becomes a focal point of the exhibition’s title. Her character from Sex and the City, has become symbolic of consumerism, excess and materialism. Her happiness appears to be counted in material goods such as shoes, bags and couture clothes, in strict contrast to values and quality of life, and acts as an interesting foil to the realities of the artistic lifestyle. How would she survive the recession or economic hardship?

According to the philosopher Jacques Lacan, how somebody reads and interprets an artwork is determined in large by their subject position, as they inevitably project their own views on an object. To mirror this, another perspective worth considering is Carrie Bradshaw’s career as a journalist. Her character is established as possessor of ‘the gaze’, whose position involves objectifying situations to her individual perspective – highlighting the rupture between sight and gaze.

A similar scrutiny will be undertaken by each of the artists involved in the exhibition, as they will be bringing their unique approach and individual interpretation to the fore as they create specific pieces. Despite the fact that the artists all have a common starting point, the final selection of artworks on display will differ significantly, both in composition and in their conceptual and philosophical deliberations – in stark contrast to the lite existential questions à la Carrie Bradshaw.

The use of cardboard boxes for each artwork is a confident, if unconventional method to provide unbiased,  equal footing to every artist in the show. Yet, could it be argued that this scenario becomes symbolic of being somehow boxed-in? Or categorising the artists and their work – putting them into boxes, in a manner of speaking. The paradox of this construct is highlighted in the duality encapsulated by a seemingly neutral perspective, that when analysed may in fact be interpreted as including a somewhat judgemental element. These shifting concerns that are at play throughout the exhibition; the concept, the title, the symbolism and the display format, all combine to constantly challenge the perspectives of both artist and audience, as these fluctuating layers offer room for evolving interpretation. 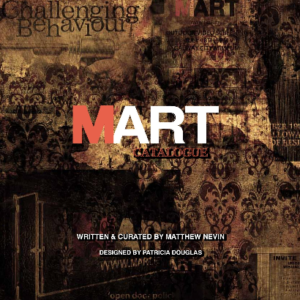 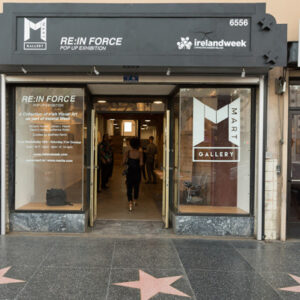 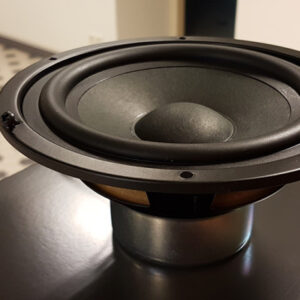 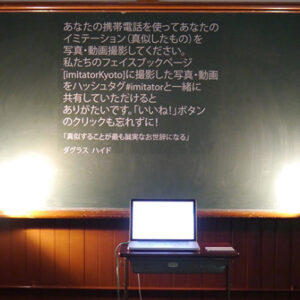 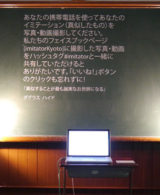 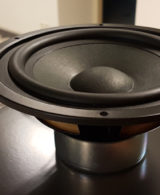